Biography: Mohamed-Slim Alouini (S'94, M'98, SM'03, F’09) (slim.alouini@kaust.edu.sa) was born in Tunis, Tunisia. He received the Ph.D. degree in Electrical Engineering from the California Institute of Technology (Caltech), Pasadena, CA, USA, in 1998. He served as a faculty member in the University of Minnesota, Minneapolis, MN, USA, then in the Texas A&M University at Qatar, Education City, Doha, Qatar before joining King Abdullah University of Science and Technology (KAUST), Thuwal, Makkah Province, Saudi Arabia as a Professor of Electrical Engineering in 2009. At KAUST, Prof. Alouini leads the Communication Theory Lab (ctl.kaust.edu.sa) and his current research interests include the modeling, design, and performance analysis of wireless communication systems.

Professor Alouini current research interests include design and performance analysis of diversity combining techniques, MIMO techniques, multi-hop/cooperative communications systems, optical wireless communication systems, cognitive radio systems, and multi-resolution, hierarchical and adaptive modulation schemes.  He has published several papers on the above subjects and he is co-author of the textbook Digital Communication over Fading Channels published by Wiley Interscience. He has also won several awards in his career: For instance, he recently received the 2016 Recognition Award of the IEEE Communication Society Wireless Technical Committee, the 2016 Abdul Hameed Shoman Award for Arab Researchers in Engineering Sciences, and the Inaugural Organization of Islamic Cooperation (OIC) Science & Technology Achievement Award in Engineering Sciences in 2017.

Other recognitions include his selection as (i) Fellow of the Institute of Electrical and Electronics Engineers (IEEE), (ii) IEEE Distinguished Lecturer for the IEEE Communication Society, (iii) member for several times in the annual Thomson ISI Web of Knowledge list of Highly Cited Researchers as well as the Shanghai Ranking/Elsevier list of Most Cited Researchers, and (iv) a co-recipient of best paper awards in eleven IEEE conferences (including ICC, GLOBECOM, VTC, PIMRC, ISWCS, and DySPAN). Google Scholar: https://scholar.google.com/citations?user=HqIyyXcAAAAJ​

Realiazation of Internet of Things (IoT) that consists of body area networks, imlant sensors and bio-medical devices encounters a difficult task of supplying power to those IoT devices/terminals in the body because of the bio-medical hazards in the chemicals so that a battery could not be a sustainable solution. Therefore, wireless charging techniques have been proposed to supply the power wirelessly to those devices/terminals. However, human body can not be exposed to the high power because of the limitations defined by the International Special Committee on Radio Interference (CISPR 22) and Federal Communications Commission in the U.S. (FCC part 15). One of the solution might be to trasmit the ultra-low power using many bands and channels and accumulate those power inside the body using multiband rectifiers. To address this issue, in the talk, we will introduce about the wireless power transfer (WPT) technique through human body and possibility to tranmit the power through human body within the power limit is demonstrated. Design aspects and implementation methods of those single and multi-band WPT systems will be presented.

Ramesh K. Pokharel (M’04) received the M.E. and Doctorate degrees from the University of Tokyo, Japan in 2000 and 2003, respectively all in electrical engineering. He was a post-doctoral research fellow with the Department of Electrical Engineering and Electronics, Aoyama Gakuin University, Japan from April 2003 to March 2005. In April 2005, he joined the Department of Electronics, Graduate School of Information Science and Electrical Engineering, Kyushu University, Fukuoka, Japan where he has been a Professor since October 2010. His current research interests include the low-cost RFIC and analog circuits for 5G wireless communications, on-chip antennas, on-chip meta-materials in CMOS and near-field wireless power transfer system through biological tissues.

He is a member of the IEEE. Dr. Pokharel was a recipient of the Monbu-Kagakusho (MEXT) Scholarship of the Japanese Government from 1997– 2003, an excellent Center of Excellence (COE) research award from the University of Tokyo in 2003, and 2016 best ELEX Paper Award from the IEICE Japan. The students he has supervised have won five best presentation awards from different symposia /conferences. 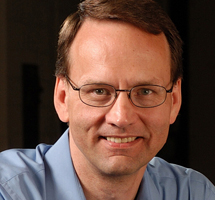 Dr. Spencer has taught graduate and undergraduate courses in structural mechanics, structural dynamics, and structural reliability. He is the author of two books. The first is a monograph entitled, On the Reliability of Nonlinear Hysteretic Structures Subjected to Broadband Random Excitation (Springer-Verlag 1986). The second book, coauthored with Prof. K. Sobczyk, is entitled, Random Fatigue: From Data to Theory (Academic Press 1992).

Dr. Spencer is a Fellow of the American Society of Civil Engineers (ASCE), was the founding chair of the Committee on Structural Control and is the past chair of the Committee on Fatigue and Fracture Reliability, both in the ASCE Structures Division. He serves on the editorial board of the Journal of Structural Control and has served as associate editor for the ASCE Journal of Structural Engineering. He is also a Foreign Member of the Polish Academy of Sciences, the North American Editor in Chief of Smart Structures and Systems, and the president of the Asia-Pacific Network of Centers for Research in Smart Structures Technology.  https://scholar.google.com/citations?user=FlGxpj4AAAAJ&hl=en